No wonder Isaiah thought he was lost and done for. He’d just popped into the Temple to say a quiet prayer as you or I might into a church like this today when, in a vision as real as real can be, he sees God enthroned before him. Around the throne is a weaving interplay of angels’ wings and voices, which makes me think of one of Bach’s majestic fugues, twisting, turning, repeating, re-echoing, exploring the depths and heights of harmony, or the wonderful music by Byrd that you are singing this morning. And it’s loud. Louder than the greatest organ, whose bass pipes make the earth beneath us tremble, whose notes are felt as much as they are heard. The doors are fit to be broken from their fittings – and the whole throne room is dense with smoke from the incense burners that the seraphs are swinging. 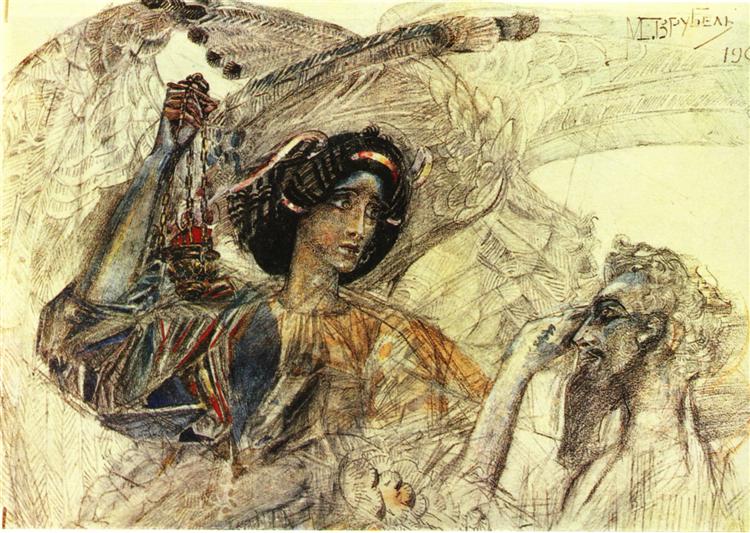 the seraphs take a fiery coal from the altar and put it to Isaiah’s lips. Dream or no dream, a line has been crossed. This was not part of his plan, not what he was expecting any more than it is what we might be expecting when we just “go to church”. He started off as an onlooker, now he is in the thick of the action. In only a moment he will be saying, “Here am I; send me.” And he is sent to pronounce dramatic words of judgement, tamely omitted from our reading today; but also to pronounce the coming of God with Us, of the suffering servant King, to be remembered right up to now as one of the greatest prophets ever called.

It’s the traditional Old Testament reading for this Trinity Sunday, presumably because of the threefold “Holy, Holy, Holy” which is its signature tune. Thoughts of the Trinity would not, of course, have been in Isaiah’s mind. For him, the threefold repetition means emphasis; and “holy” for him really was something to emphasise. He uses the word more times than the rest of the Old Testament put together. I suppose if you’ve had the sort of encounter he’s just had, you would, wouldn’t you. First comes the encounter with an incomparable awe, then the sense of an insufferable shame, then the surprise of an incredible commission: Isaiah encounters the one who is utterly set apart – the root meaning of holy – from us; he discovers God’s choice to cross the chasm of that separation to be with him; and he finds himself set apart too to share in the holy mission of the holy one.

And perhaps you noticed that we have in fact found ourselves in Trinitarian territory after all: for in these three movements of transcendence, engagement and empowerment we see also the symphony of the God who is Father, Son and Spirit.

Now fast forward to the Ascension of Jesus, our New Testament reading, there today because of the Great Commission it contains to go and make disciples of all nations, baptising them in the name of the Father and of the Son of the Holy Spirit, as we still do. But in it as well is the threefold movement of the God of the throne-room: ascending in majesty, speaking to us face to face; commissioning us and promising to be with us to the end of the age.

It was a commission the apostles accepted, just as Isaiah had done before them, and just as a golden chain of witnesses has after them, right down to our own times. Think for a moment of that unbroken chain of faith, generation to generation, and person to person – and think of your place in it.

Some, the reading says, doubted. This is not an offer to be lightly received, a commission to be lightly accepted. The coal is a burning one. It stands for the power of God to forgive us and set us free just as the burning sacrifice on the altar was once held to – but perhaps it is just dangerous, damaging, fantastical, fanatic. The choice is a real one and is never forced. Isaiah could have said no.

But then think of the consequences. Despite outward appearances, the burning faith that is being offered will be shown to be only and always in business to give life and comfort to others, never consume them. The Spirit of Christ will always carry the character of Christ, always ready to live for others and to die for others. To decline it is to choose at best a world where each of us only minds our own business and the weakest go to the wall; and at worst a world where we consume all that is around us, everyone that is near us, and in the end ourselves; the world of religion gone wrong and the politics of simple power; a world that has gone to the devil.

As we gather now in the name of the Man for Others, the one who died to let others live, around the table of his sacrifice; as we celebrate the interweaving harmonies that underlie the world so the age of Isaiah and the moment of the Ascension fast forward again to the time that is now. Can you sense the awe of the majesty of the maker of all things? Can you sense the touch of that presence here in the present? Can you sense the call to be holy, to make a difference in your own life now?

Here am I, said Isaiah, send me. Here we are: for the sake of a world in so much need, send us.